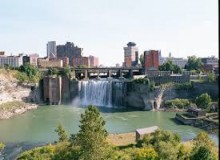 In Rochester, home to the University of Rochester and Rochester Institute of Technology (RIT), school remains as important and challenging as it is in any city. The reasoning behind this isn’t difficult. As the city’s high schools continue to improve, students face increased competition from their peers

Additionally, 24.6 percent of adults in Rochester have at least an undergraduate degree. If one hopes to establish a career, considering the quality of the competition, obtaining a college education is paramount.

Parliament Tutors offers an extensive range of services to Rochester’s students, whether they’re in grade school, high school, at a four-year institution, or matriculating in an elite professional program. Our tutors assist in formulating plans that make success a reality. We realize the greatest component in the process is you – and we want to enable you to realize your full academic potential.

Rochester, with more than 210,000 residents, may not have the numbers of New York City, but the battle to reach objectives is formidable. According to data from the U.S. Census Bureau, 78.6 percent of those residents have graduated from high school, offering more proof of the emphasis placed on education.

On the pre-college front, the New York Times reports that sixty-percent of New York City’s public school students graduate high school in four years, and the city features many of the country’s most competitive private high schools. On the post-college front, well over one third of New York City residents are college graduates while in Manhattan this number shoots up is sixty-percent with twenty-five percent of residents holding an advanced degree. This suggests that succeeding academically is more important than ever as college students are rapidly displacing non-college grads.

Even with the impressive statistics, however, students struggling with a particular concept can spend countless hours trying to teach themselves. Some are successful, but most find themselves losing confidence, forgetting about a test altogether, or just skipping what they don’t understand.

Working with one of our tutors provides access to an experienced teacher, someone skilled at solving problems that leave those trying to learn frustrated and discouraged.