Eclipsed by its neighbor to the west, New York City, Middle Island is one of the smaller and lesser-known communities in the state with a population just over 10,000. Its name derives from its location on Long Island —it is approximately halfway between the eastern and western points of Long Island, as well as halfway between the northern and southern shores. 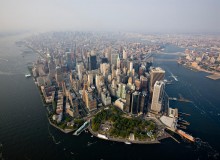 In New York, school is quite possibly both more challenging and important than in any other city. The reason for this is simple. As the city’s high school system continues to improve, students face increasing competition from their peers. Additionally, for those students hoping to be in New York for college, no other city in the country has more students trying to move in. While a student trying to attend college in Boise, Idaho only has to worry about people from Iowa, the fact is those hoping to attend a New York university are competing against people from everywhere in the country. Moreover, as sixty percent of Manhattan residents hold college degrees, it is more important than ever for those aspiring to work in New York to hold a degree that matters to New York companies.

Parliament Tutors offers a wide range of services within the New York metropolitan area. These services include academic areas relevant to everyone in grade school through medical school. Our tutors will help you map out an individual plan to help you plan your own success. We know that the greatest component in the process is you, and we want to help you bring out your greatest academic potential.

WIn New York City academic and career opportunity is plentiful, but competition is fierce. New York is the largest importer of college students in the country with 594,000 college students scattered amongst the city’s one hundred and ten colleges. The city offers several state-funded college options (the CUNY system), a number of respected private colleges such as NYU, Fordham, New School and an Ivy-league in Columbia.

On the pre-college front, the New York Times reports that sixty-percent of New York City’s public school students graduate high school in four years, and the city features many of the country’s most competitive private high schools. On the post-college front, well over one third of New York City residents are college graduates while in Manhattan this number shoots up is sixty-percent with twenty-five percent of residents holding an advanced degree. This suggests that succeeding academically is more important than ever as college students are rapidly displacing non-college grads.

“Having spent most of my life in and around New York City, it is great to be able to work with students from a wide variety of backgrounds as they take positive steps towards achieving success,” says NYC tutor Ryan R. “I’ve worked with students of all different ages ranging from the exceptionally gifted to those who were not quite as quick, and it is incredibly rewarding to see the confidence that builds in somebody when they improve on a standardized test.”

Students who struggle with a particular concept can spend countless hours trying to teach it to themselves. Many will be able to, but most wind up losing confidence, giving up on the test altogether or just skip over what they didn’t understand. Working with a tutor enables a student to learn from somebody experienced at teaching in their exact situation how to solve whatever it is giving them trouble.

Whether you are seeking help for a young child, SAT preparation, or graduate school, it pays to invest in your future. Please feel free to contact us so we can discuss how one of our New York tutors can best assist you or your child in his or her academic endeavors.