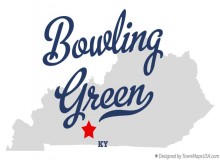 Once the provincial capital of the Confederate government of Kentucky, Bowling Green is now the third most populated city in Kentucky with a population of roughly 60,000. With a rich history dating back all the way to 1775, its growth as a city stemmed from its relative proximity to the Barren River allowing for an increase in steamboat commerce.

The 20th century saw the incorporation of the Western Kentucky University, originally called Southern Norman School, which contributed to the city’s overall continuing growth into the 1900s. Today, companies like Fruit of the Loom and General Motors, which made Bowling Green the base of its Corvette assembly plant in 1981, call the city home.

With a student enrollment of about 21,000, Western Kentucky University is the second largest public university in the state. Its Journalism and Photojournalism programs are ranked one of the tops in the U.S., winning various awards for its weekly college newspaper, the College Heights Herald. In addition, WKU is recognized for its forensic, anthropology, pop culture and folklore studies. The city is also home to Daymar College and Southcentral Kentucky Community and Technical College. With that said, we hope to give rise to the next generation of leaders from Bowling Green.

Parliament Tutors offers a wealth of private tutoring and test preparation services in Bowling Green for students of all calibers. Whether you are searching for subject specific tutoring or standardized test preparation, Parliament Tutors has a specialist available in all levels of education and all academic subjects. Without a doubt, our tutors will enhance your educational experience and help you achieve the study skills and test scores you need to make it to the next level!